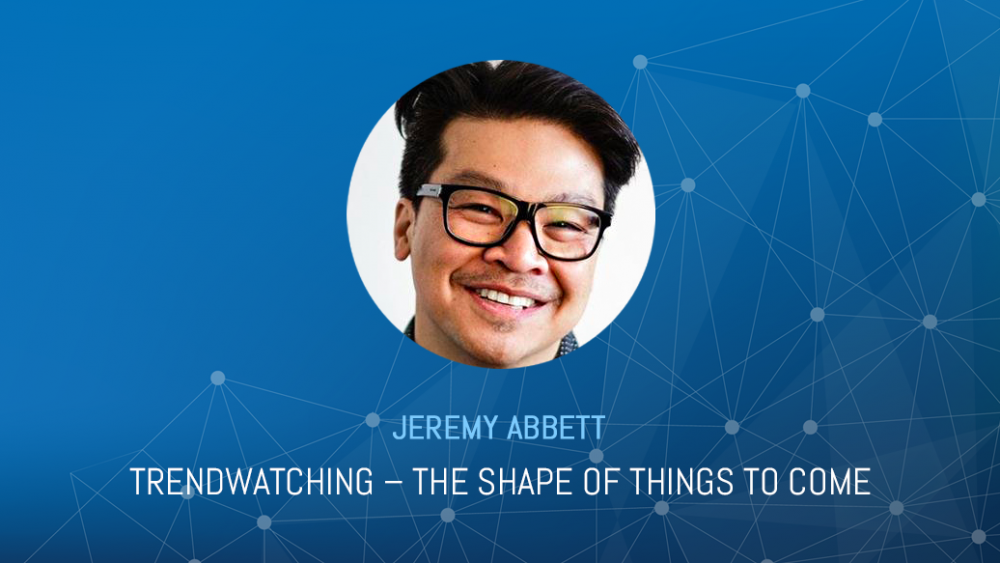 Trendwatching – The Shape of Things to Come

Jeremy Tai Abbett inspires ambitious organizations into realizing the creativity required to thrive in a world of constant change.

He draws on his experience starting several ventures that found their genesis at the intersection of design and technology. In his current role as the creative evangelist at Google, Jeremy consults and collaborates with brands and creative agencies such as Adidas, Zalando and Saatchi & Saatchi. Additionally, he mentors early-stage startups and facilitates workshops that explore creativity and innovation.

Previous to Google, Jeremy was the founding design director responsible for the branding and user-experience for mobile start-up Stuffle. His efforts helped Stuffle win a Webby Award, Lead Award, Lovie Award as well as being recognized by Apple as one of the best apps in 2012.

Jeremy also co-founded Fork Unstable Media in 1996 (with three projects that were acquired by the Museum of Modern Art – San Francisco and a game that enraged the British Monarchy to his credit), co-founded multidisciplinary studio Truth Dare Double Dare, was a founding post-graduate student at Interaction Design Institute Ivrea and was an award winning creative director at a handful of advertising agencies.